Oh, I guess before I tell you about how Mardi Gras turned out, I should show you the project that was running concurrently...

Before that, however, I would be remiss if I did not mention the C2YN Countdown Clock:

Okay, back to the giving tree event. Well, it was actually a benefit for Children's National Hospital, called the Heroes Curing Childhood Cancer Gala, held at the Four Seasons Hotel in Georgetown. The reason I have called it the giving tree event is because they were basing the theme of the even on Shel Silverstien's book, the Giving Tree. They wanted something that referenced the book, but did not a direct copy of his artwork (which is one of the first things I brought up at the first meeting). So, I whipped up this sketch: 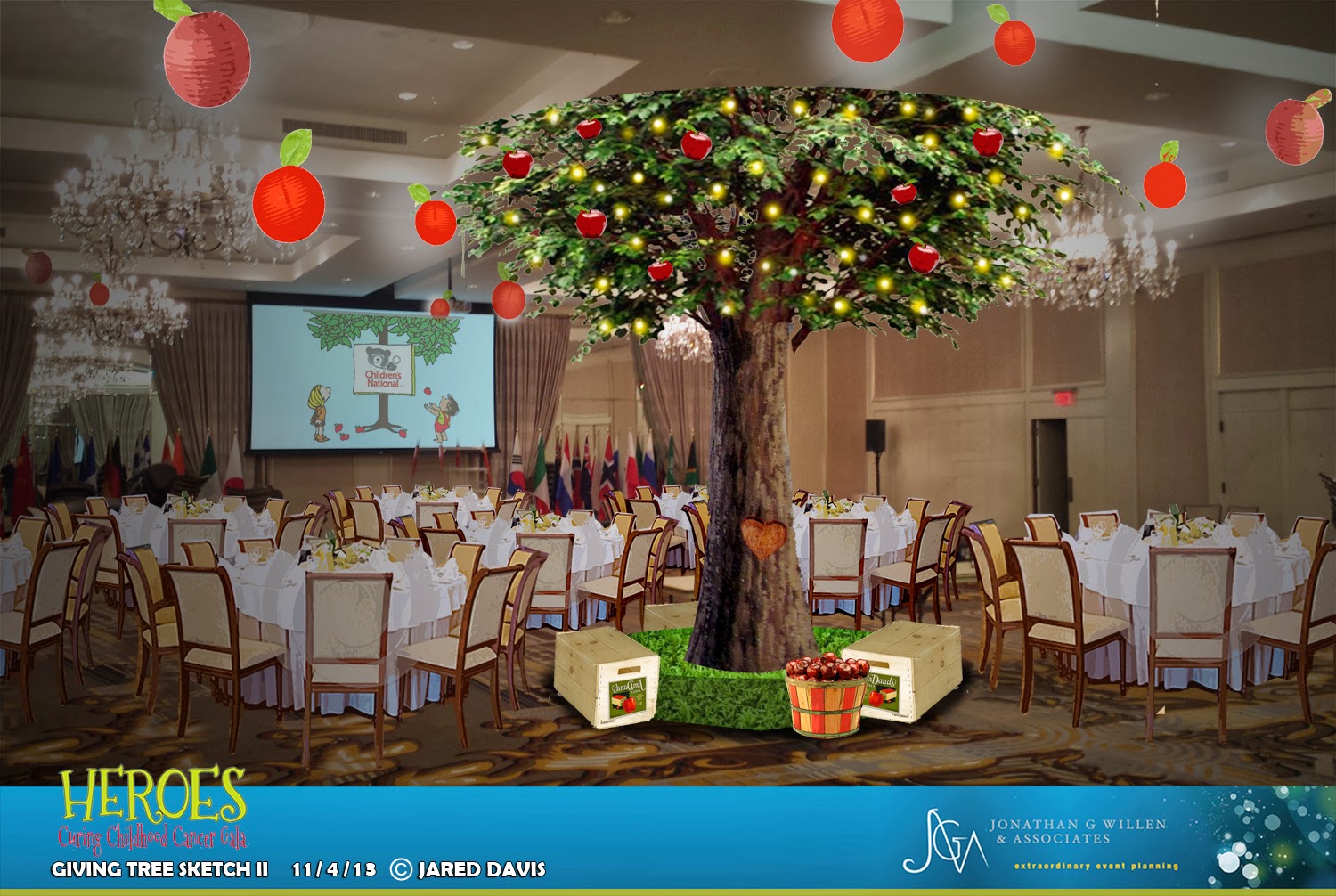 They liked the tree concept, and the light up heart carved into the tree, but they thought that it was too thick in the middle...so I whipped up a second version with a thinner trunk, after consulting with Walt to make sure that I wasn't making it too skinny to support itself: 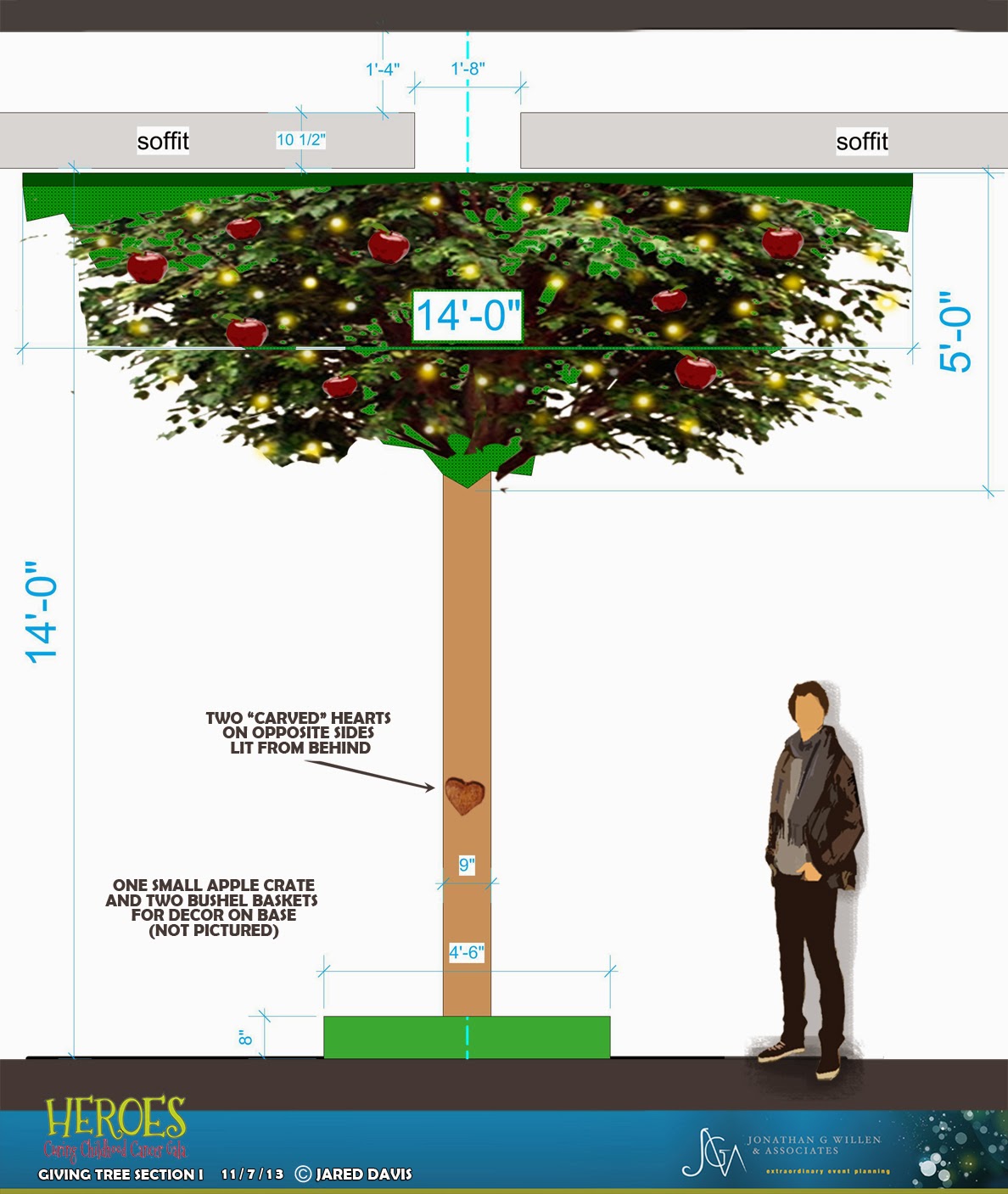 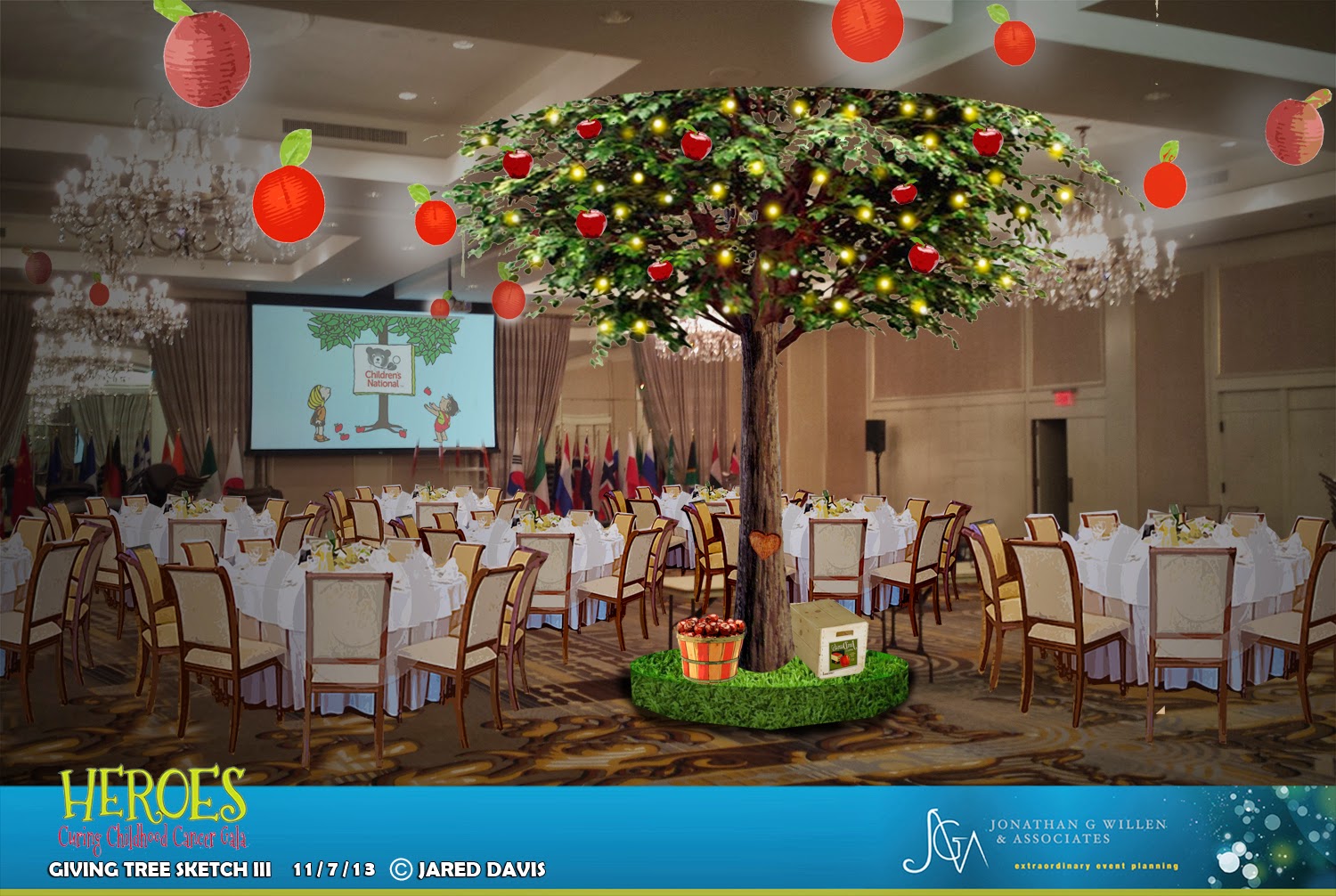 They approved of this version, and added a pair of portals to the order, using the art from Shel Silverstien. 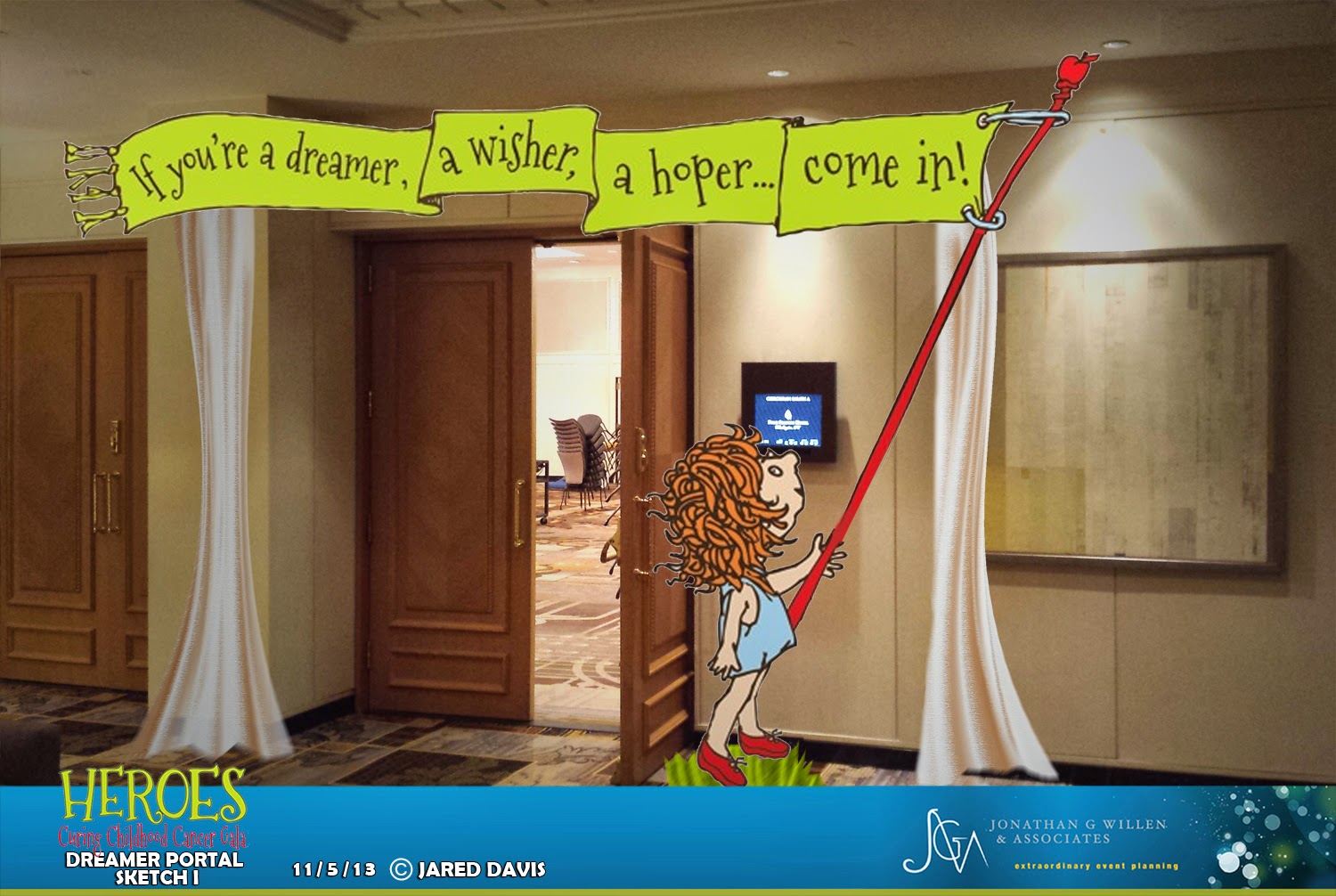 So, in the end, Walt did a fantastic job of making the armature and branches. He wired up 100 sets of leaf groupings with a small LED that would twinkle when plugged in. The photos I have below do not do the installation justice because A) they were taken with my phone B) the twinkle LEDs are not lit up C) the rest of the room is not set up or lit because these photos were taken at 2am the night before the event....I show them here to give you an idea of how close we got to delivering what was in the design... 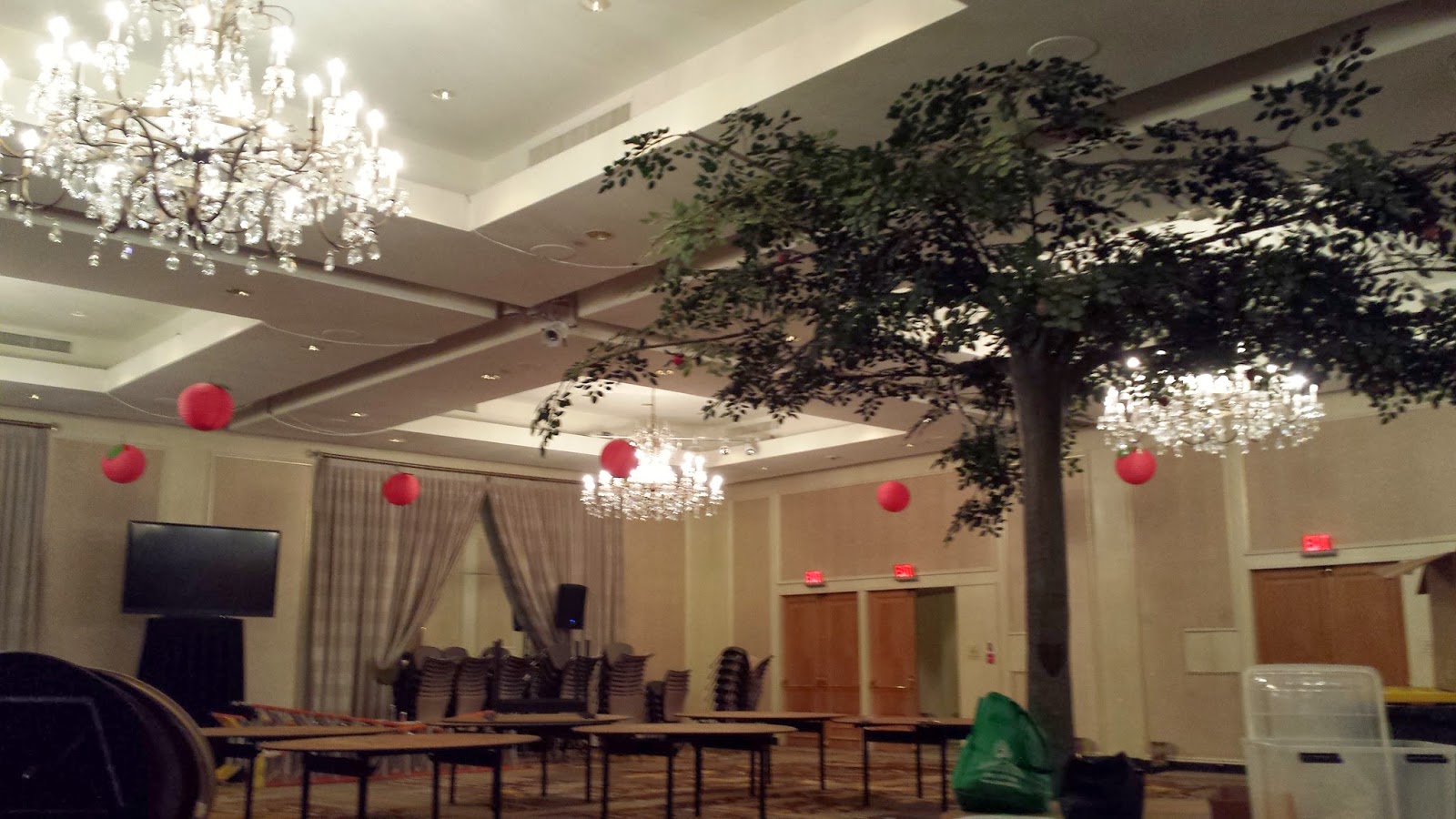 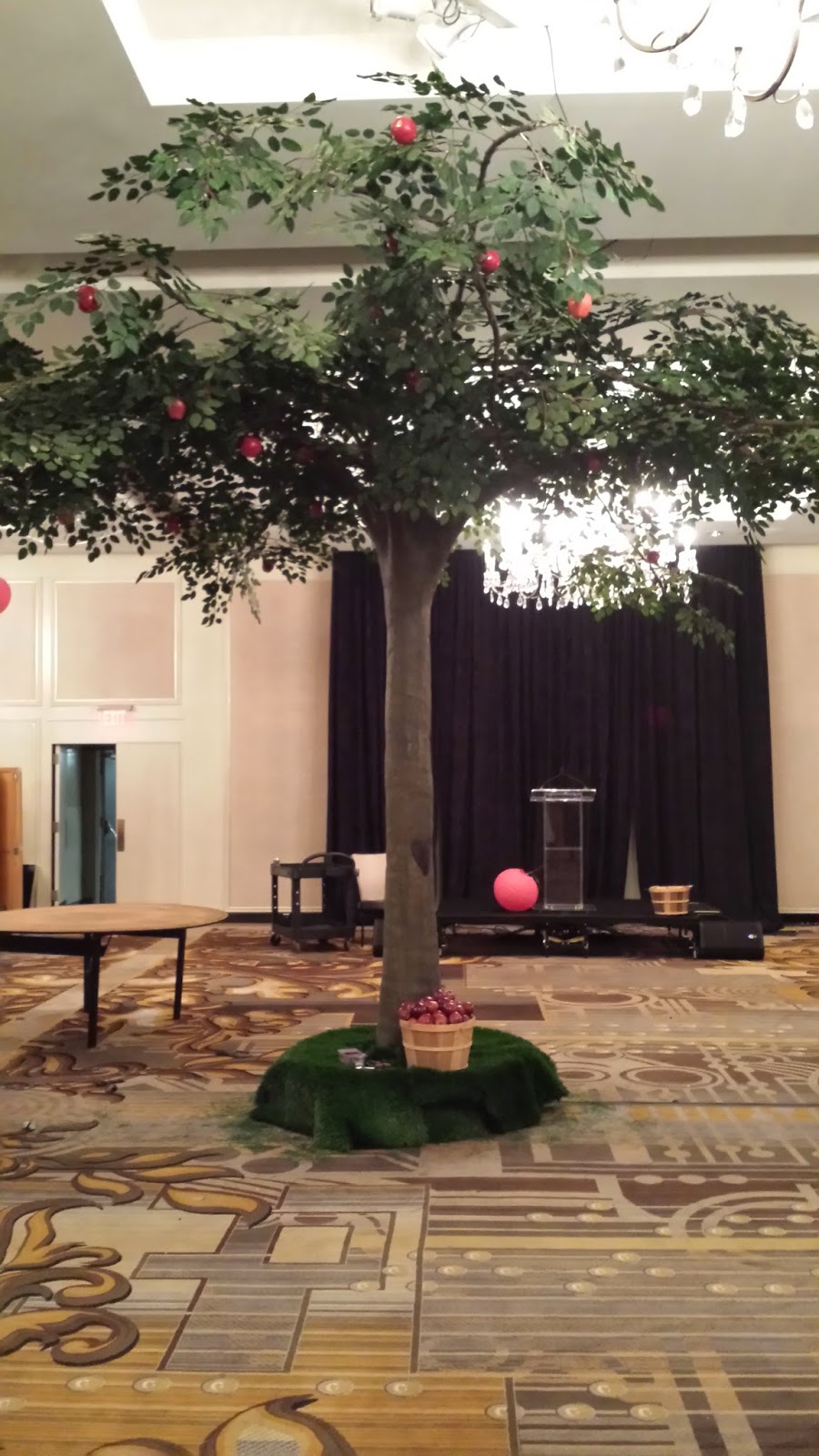 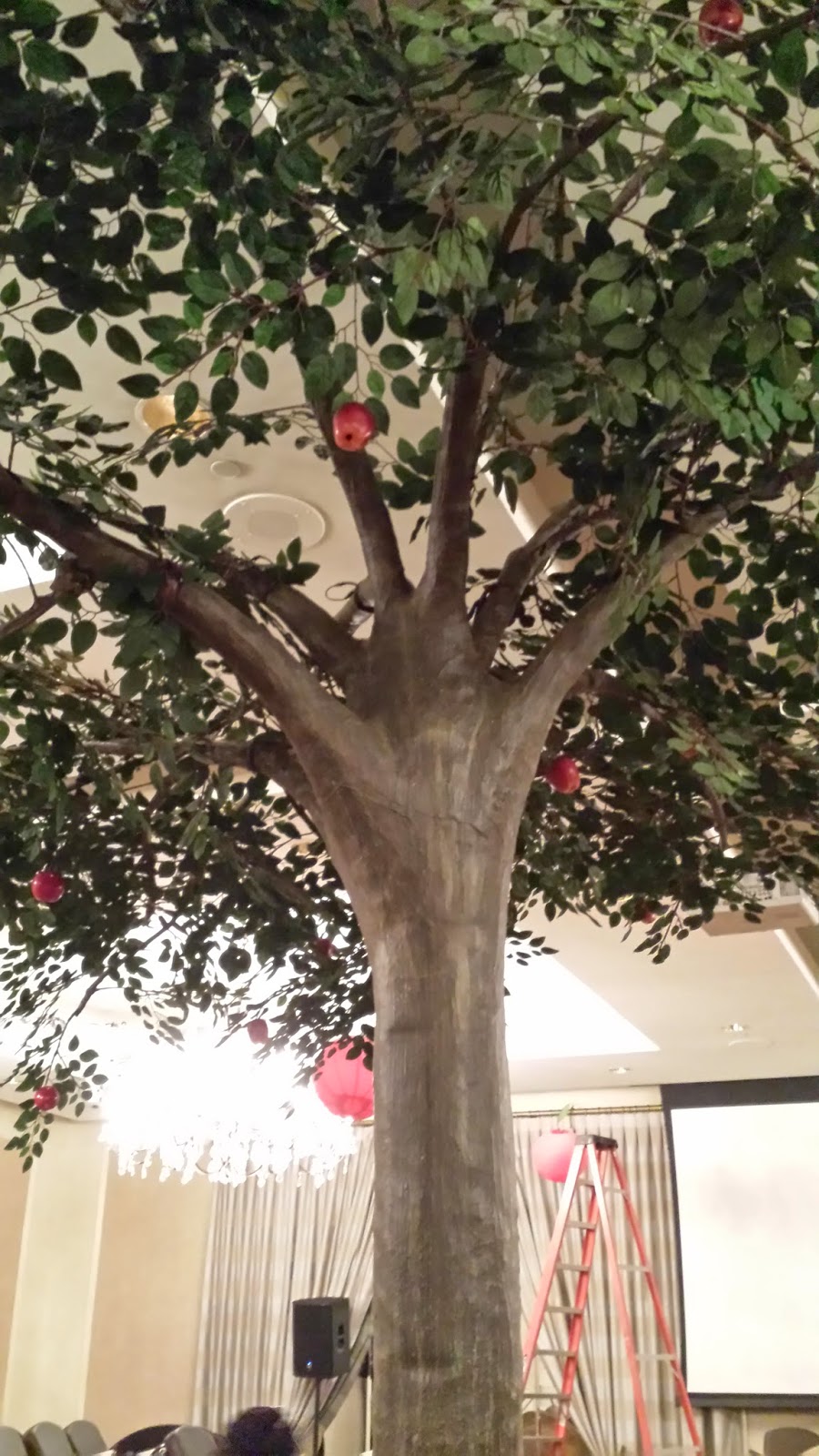 Stay tuned for next week, when I show you the final product of Mardi Gras!