Back in October, I created a prop for Constellation Theatre Company's 36 Views. It is a fairly central item in the show, so I have been waiting until the last week to show it on my blog (it wont spoil much, but I am trying to balance being polite, and helping advertise the show)

The show closes this Sunday. I saw it last week, and I must say that I was impressed. As you may know, I am a Shin Hanga nerd (Japanese woodblock printing from around 1900-1950 that was a break from the Ukiyo-e "floating world" prints, valued a more naturalistic style, while still maintaining the separation of labor in the production of the prints.) so, although they may not have known it, I was a very good person to call on to produce this prop.

They knew what they wanted, but needed me to articulate it in a sketch first (I hesitate to call this part of the project "design"...that is, I don't know if I can say I "designed" the image, because they were so specific on what they wanted) Anyhow, after about 5 back-and-forth sketches and consultations, this is sketch I came up with:
They wanted two identical portraits of this Japanese woman, and it supposed to look very old. The old part I could deal with. The "identical" part is what made it difficult. So I did my best to paint two portraits side by side. When I would make a stroke on one, I would make an identical stroke on the other. When I would make a mistake on one, I would try to make the same mistake on the other. Below is the final product (not actually the final product...they were painted on the same piece of muslin because they were going to be cut out and mounted to scrolls in the traditional Japanese silk painting style)
Its a bit hard to see here, but the biggest concession I had to make in producing this was in line quality. That is, when you are painting with a brush the stroke has a character. It's thicker here, thinner there, more expressive in some spots. That is very hard to reproduce twice in the same way. So, I opted to make all of the black outlines be approximately the same width throughout the paintings. This creates a more mechanical, or modern look, which is not desirable if you are making a very old looking painting. But that was one of the trade-off that had to be made in order to fulfill the demands of the script.

36 Views closes on Sunday. Check it out...I'll be interested to hear if you could tell the difference between the two...
No comments:

See the below photos for a glimpse of the insanity that was our 14th spooktacular (the all clown circus year! (photos stolen from multiple sources...send me some if you want them posted here!)

Short Clown Round Up and POP the Game Show

This week has been busy with two projects that I cant really talk about (not that they are secret, but it's rude to show progress shots of a production that hasn't hit the stage yet...that is, if it were exclusively my project, I wouldn't care...but since they are work for others, you will just have to wait until after the show opens) and last Saturday's POP! the Game Show...so I was only able to make two more clowns:

Last Saturday was the "Night of 1000 Andys" at the Artisphere. As you may have heard, Astro Pop Events put on a little game show, whose name is ably being demonstrated by Kittie Glitter in the photo below. 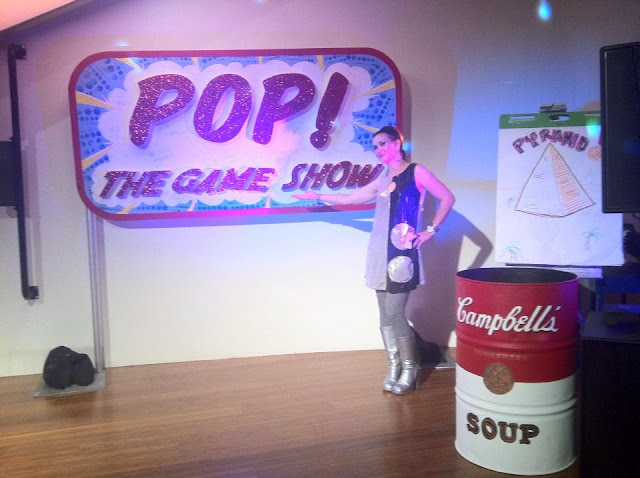 Artisphere also commissioned me to create a photo op (you can see the design HERE) and it seemed to be getting some heavy usage! Can you name the celebrities depicted? 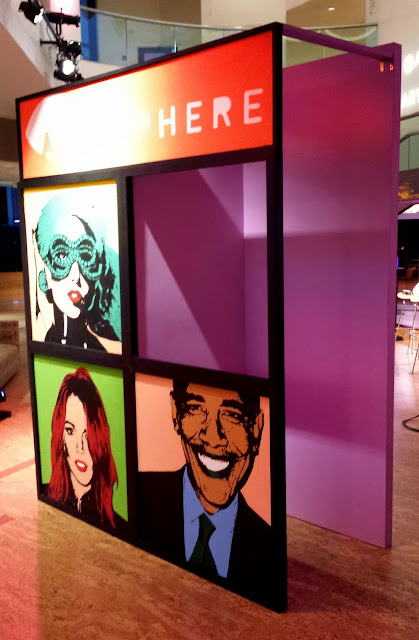 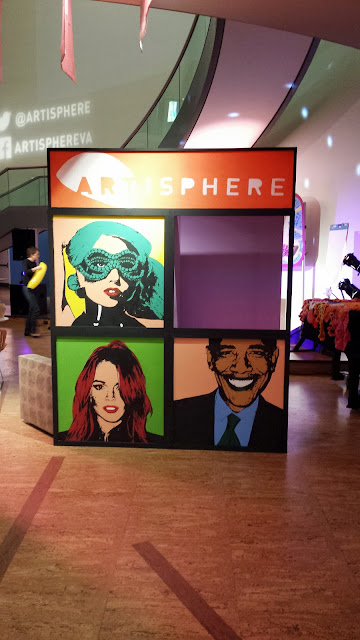 The other news this week is that Astro Pop Events will be hosting "POP! The Game Show" at Artisphere's "Night of a Thousand Andys" this Saturday October 12. Here's a peek at the design of the set: 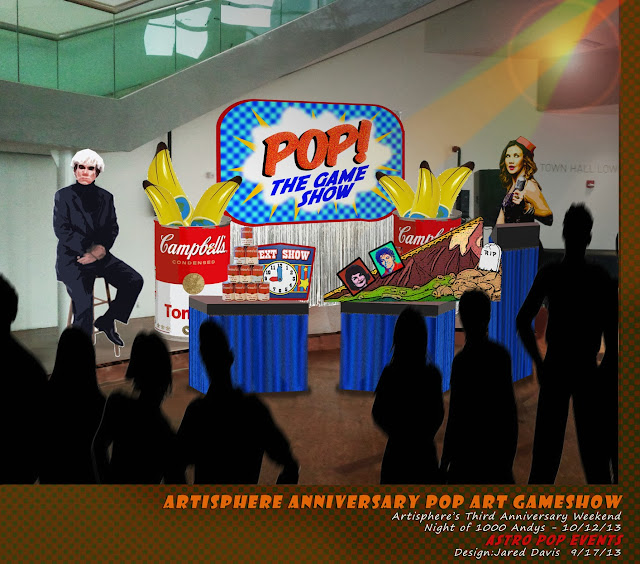 And here is a design of the photo op that Astro Pop Events is building for the event: 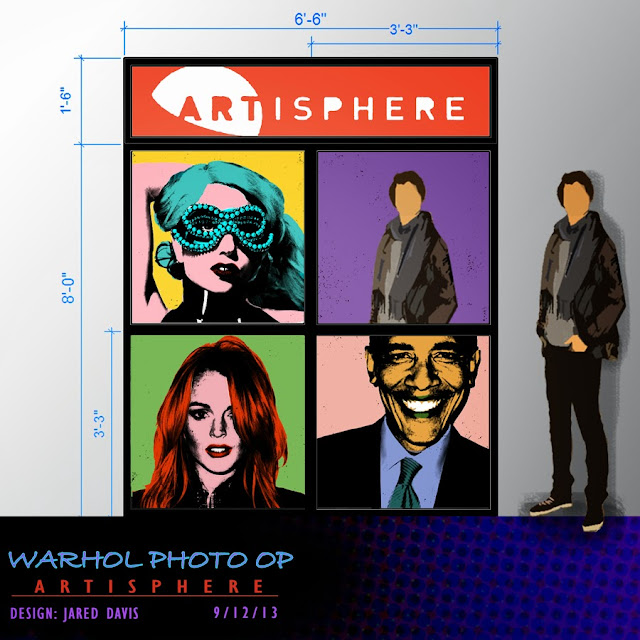 
After taking a week off to cruise around the North Atlantic (Maine, New Brunswick and Halifax) I am back and ready for another CREEPY CLOWN ROUNDUP!

(if you are interested in purchasing any, please visit the Creepy Clowns Web page)

As anybody who is friends with me on Facebook knows, (and I presume that is all of you...except perhaps my parents...who am I kidding? they don't read this blog!) I have been posting photos of my daily clown paintings (to be fair, its not exactly daily...I have been skipping a day or two. but my hope is to have 30 complete by the Spooktacular) These paintings will serve as the prizes for the game(s) we devise to be played at the Spooktacular. They are available for purchase before the party HERE, and you will note that some are already sold.

Look for more (22 more!) creepy clown paintings in the coming weeks...and get your clown costumes ready!

Also, I'd like to remind you that Saturday is the opening reception for the ArtWhino G40 Art Summit, where my robot painting "NIGH" will be on view...