This week was a busy week in preparation for C2YN. The highlight was getting Voltron's Corpse hung! Check out the Artisphere listing HERE

The unofficial opening night for Voltron's Corpse is April 13th during Countdown To Yuri's Night. Check out the Atisphere Listing HERE

On Monday, Andrew and I spent the day preparing the exhibit by assembling all of the robots, figuring out where they should go, and making a huge chalk drawing sign for the show...
I have to admit that I was a bit tired that day because I had spent the Saturday before with the Big Giant Robot Head in his natural habitat: 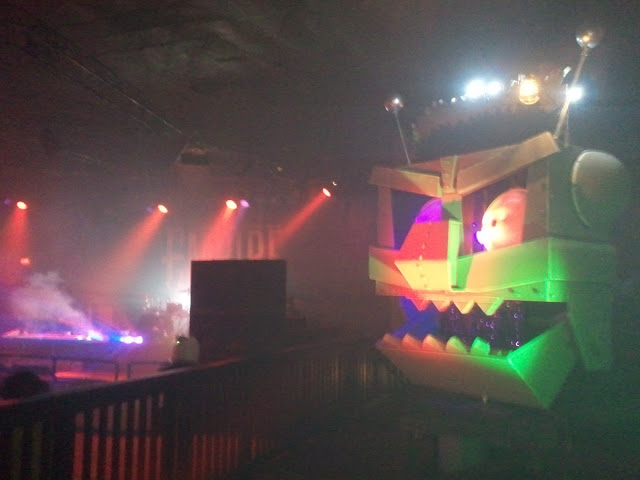 And of course, another week and another couple of Robot Videos:


The postcards for Yuri's Night came in this week. (Thanks to Jason Pasch for the stellar design!) Look for them in the clammy hands of your nearest nerd...

Another week and yet another C2YN robot video HERE

I was able to keep the robot painting high going by...Painting more robots! (and monkeys). Below is one of three "Monkey Shines" paintings (paintings with the theme "monkeys washing robots") that I will be submitting for the C2YN cash and carry exhibit.
Also, this week Hexagon does their final performances of this years' "Raucous Caucus"...which featured my scenery (designs HERE)...not too many photos came out, but this one shows a good bit of the attention to detail that the hexagon carpenters have...hat tip, Ernst, Bill... 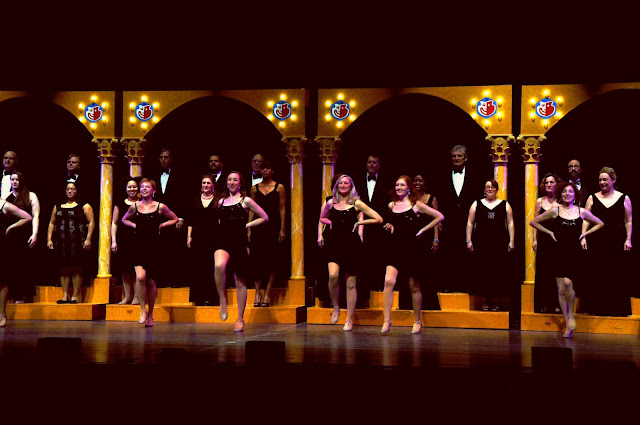 Today I put the final strokes on Mecha Monkey, the triptych that will be part of Voltron's Corpse at the Artisphere (in conjunction with Countdown to Yuri's Night). Check it out below, in all of its interchangeable glory! 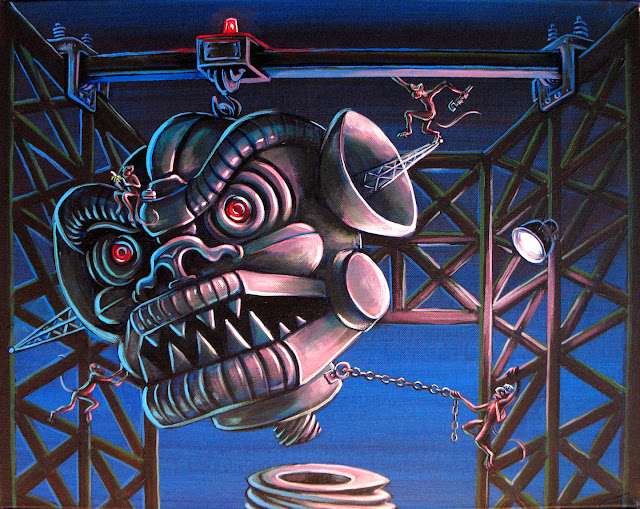 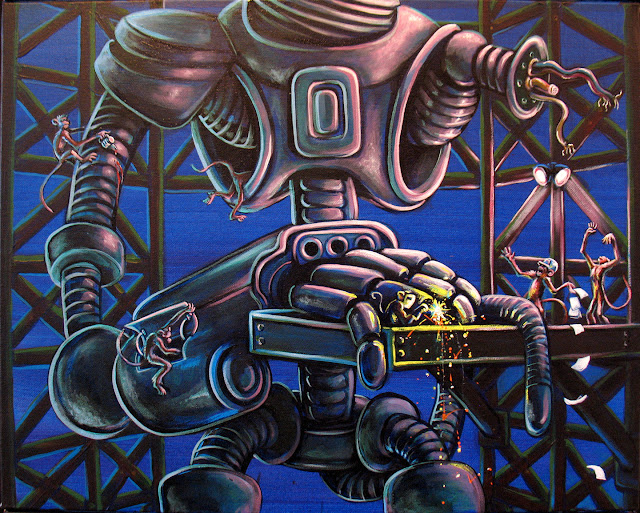 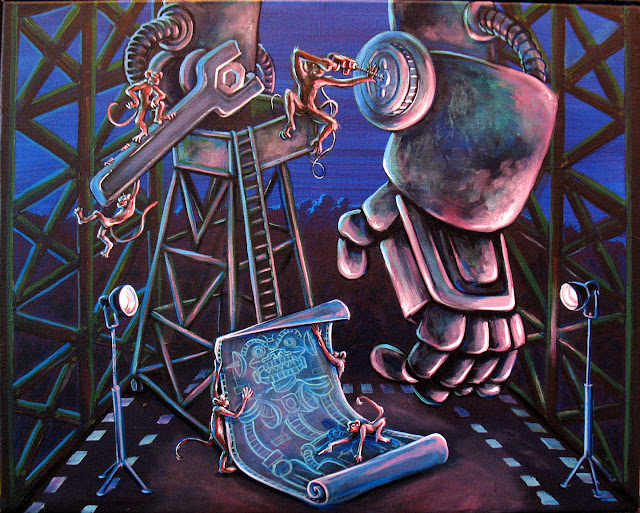 
I've started painting my three paintings for Voltron's Corpse in earnest now. Actually I had started painting about a week ago, but its taken that long to just get the gantry right (the perspective on the "gantry" scaffold was never going to be perfect...but I needed to get it to the point where it was not going to be offensively wrong...and really, I was happy to settle for it becoming simply "background" and "intentionally wonky")

Just to keep you kids up to speed, Voltron's Corpse is the art show in the Artisphere's WIP gallery that will accompany Countdown to Yuri's Night (4/13/13...T-Minus 37 days). The show involves interchanging robot paintings made by 15 artists.

I've decided to go the giant mecha route. I've set my painting as a giant monkey mecha being assembled in a hangar (or gantry) by (what else?) monkeys. I think that my robot will be the only "headless" one in the bunch. I guess I was riffing on the idea that we would be "assembling and re-assembling" the robots during the course of the show. So why not show a robot being assembled? Anyway, I have a few more days work left on Mecha Monkey...I am almost done with the mecha, then its on to the fun part: Monkeys!

And, for comparison, here is the painting from last Friday: