Just a Tiny Bit Closer to Nigh 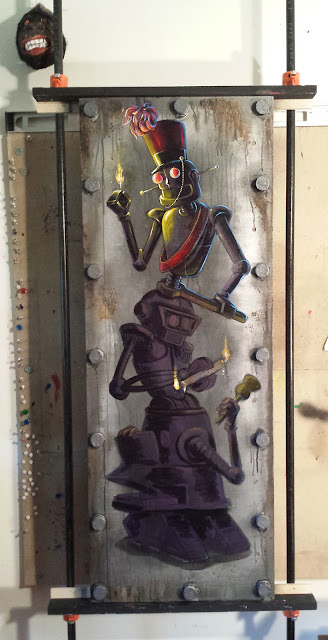 Just wanted to post a quick update on the progress I made this morning on the painting I am creating for ArtWhino's G40 exhibit. The painting is tentatively called "NIGH". I hope to be finished with it by Tuesday.
No comments:

Studio Cleanout is Nigh

There have not been very many groups building in the scene shop this summer, consequentially, I have seized the opportunity to start/finish a number of projects that have been on the "to-do" list. Many of these projects involve simple cleanup (we installed new pneumatics, added more hooks, organized the prop loft, etc) and it has been very satisfying to see a clean shop now that groups are starting to trickle back in. This past week I have extended the cleaning spree to the home studio. I cleaned out, and re-organized everything (so, not much art was actually made), I even went through the bookshelf and found a stack of books to sell back. I had about 10-15 big books to take to the used bookstore. They gave me $10 store credit, and refused to take half of them! Anyway, in the end, it means that I have a cleaner home studio, and that I am ready to get back to business.

(Oh, BTW, I got my annual strep throat infection this past week also...caught it at the first sign of a sore throat...so I dont even have illness as a valid excuse for not painting!)

Last Friday's ArtRomp went every well. (thanks for asking) BYT did a photo essay on the event HERE

Anyway, I started a piece this morning. It's for ArtWhino's new space's opening event. The theme is "transformation" which seemed to be more about finding odd substrates than anything truly thematic...so, I found an old piece of scenery to paint on, and went to town. I realize that the photo is not great (camera-phone) but that is partially due to the fact that I have painted the small luan flat as if it were an old piece of metal....so some of the problems in the photograph are due to the glare of the silver paint. I am hoping to get it finished by Saturday's deadline... 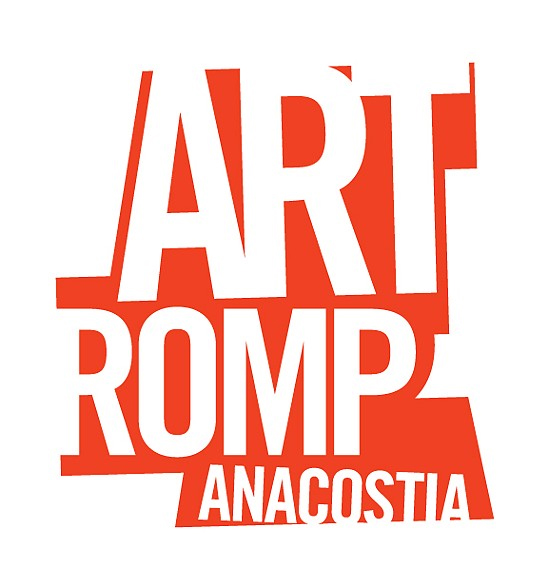 You should come out to Art Romp Anacostia tomorrow night. Really. It's been a long time (6 years!) since the last time Molly Ruppert decided to call up all of her favorite artist-types and hang one of the most anarchic and surprising art shows DC has seen. Think of it as an Artomatic, but smaller and more...pointed...that is, a sharp pointy stick that jabs at you imploring you to get off of your duff and go see the art that the people all around you are making!

Anyway, below is my submission:

This guy is a bit of a departure for me (i.e. no monkeys) but I have really been grooving on making more "dreamlike" work lately...I am going to have to take a brief break from this type of work very soon because the siren song of the Spooktacular can now be heard faintly in the distance...(the song sounds a bit like it has a calliope in it...)

Summer Roundup (All of July, and Half of August) 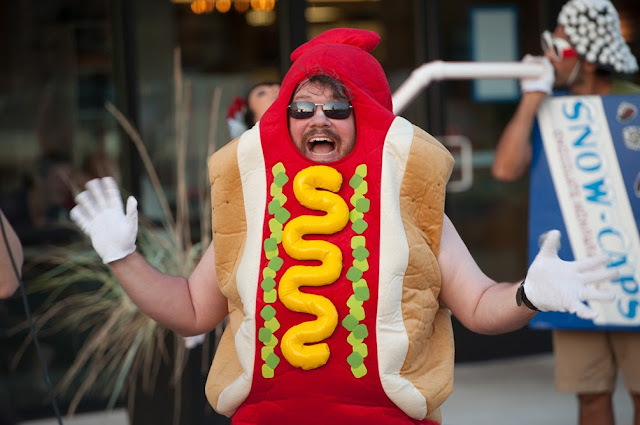 Its been a weird summer, and we still have two weeks left! Below is a round up of the summer's adventures and artwork.

So, first, we had the appearance of the "Concession Stand Kids" on the Arch Campbell Show. Below are the best stills I could find, but really, you should watch the show (HERE) because it is, well, a real...um...well...you kinda had to be there... 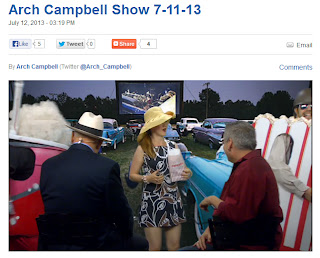 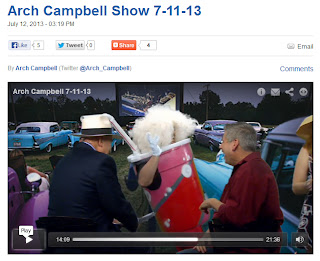 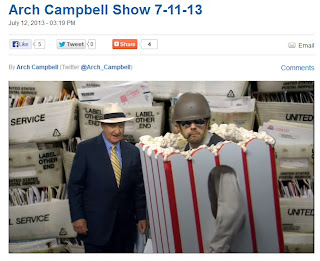 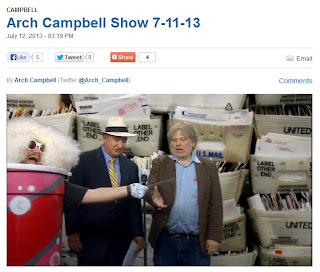 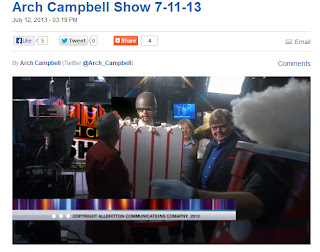 Most of the actual appearances of the Concession Stand Kids have been lost to the mists of time...however, we did get a few good shots on the last night of the Union Market DC Drive In (Photos by Tom Kochel. (C)2013 Jon Gann/ReelPlan) 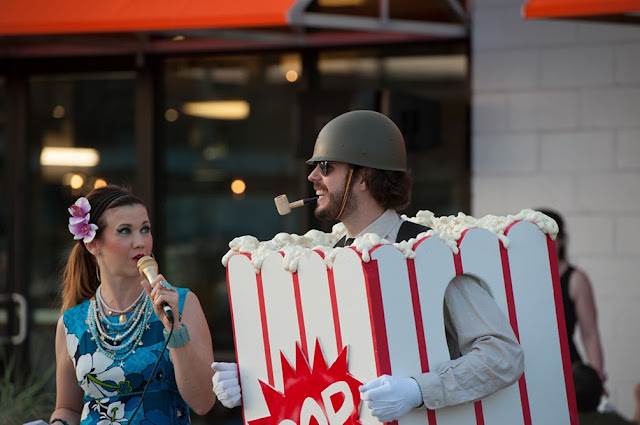 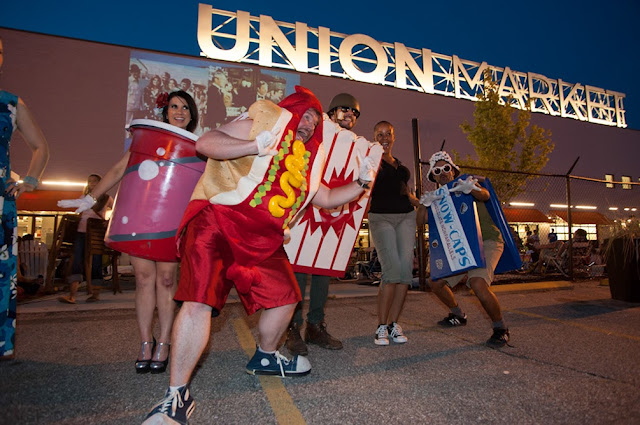 It might be burying the lead a bit by putting the artwork last, but it has been an unusual summer for me artistically. I started out the summer making some small "quickies" (small 5"x7" paintings that I don't spend more than an hour on) in order to start exploring new ideas. below is an example:
I started to think that perhaps it was painting that was getting me down...so I decided to start working on some drawings on paper to loosen me up...

The first piece (below) is called "Man In The Moon". It is a departure from my normal mode of painting monkeys...I like the results, and it am looking forward to making more work like it...This piece will be exhibited at the Artromp Anacostia (which opens next Friday August 23rd)


After Man in the Moon I started to get that monkey itch again. So, I started work on a small series of work that centered on monkeys ineptly trying to fake different hoaxes. I am calling the series "Faking It"

I will leave you with something cryptic...as a harbinger of things to come....