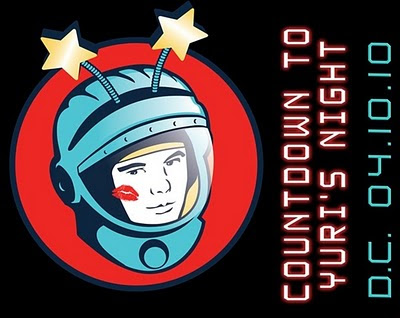 T-Minus 44 Days Until Yuri's Night
We have had another breakneck week with Yuri's Night...but I wont bore you with details...I'll wait until March 10th for that (one month to go by then)...The only thing I will say is that you better get your tickets now because we are likely to sell out (plus you will save $ if you don't try to buy them at the door...) Click on the Yuri Logo above to get linked to the party website

High Fidelity has been open for a week, and the reviews are good! Check out DC Theatre Scene's review of High Fidelity or the fact that Metro Weekly Calls my set "...Incredibly Clever..." Scenery Appreciation Night is still set for this Saturday 2/27...but I think that the show might be sold out!

We completed the Producer's "Little Old Lady Land" drop this week...here are some tease shots from the completed drop (the producer said that I shouldn't post the finished product on my blog...so by giving you a peek I am being naughty) 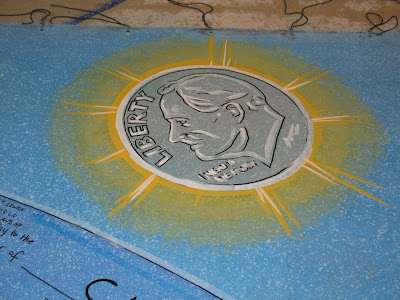 Roosevelt smiles down on the old ladies... 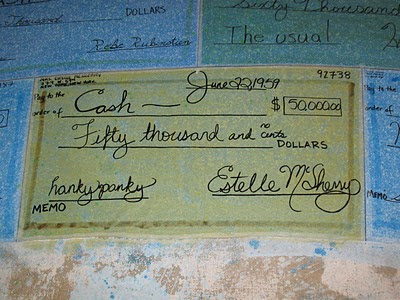 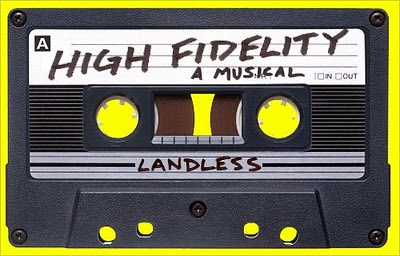 Landless Theater Company opens their second show in the SEASON OF THE DAMNED, High Fidelity. If you are a frequent reader of BTT, you know that we like to present scenery appreciation nights for landless shows during the second week of the run...so, without further adieu, I would like to announce that:

Scenery Appreciation Night for High Fidelity will be on Saturday February 27th! (Type "Jared" in the vendini discount code box for your SAN discount!)

And, here is just a tease of the set design, for those of you who cant wait until next Saturday! 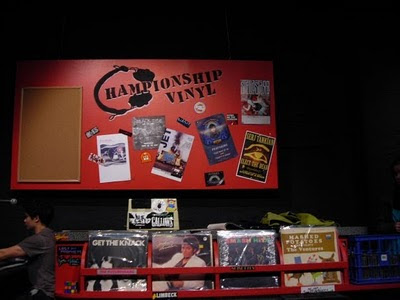 I guess its about time to institute the Countdown to Yuri's Night Clock again:

T-Minus 51 days until YURI'S NIGHT!
Tickets are now officially on sale at WWW.OUTOFTHISWORLDPARTY.COM

The other development this week was that I solidified the design for Producers "Little Old Lady Land" Drop: 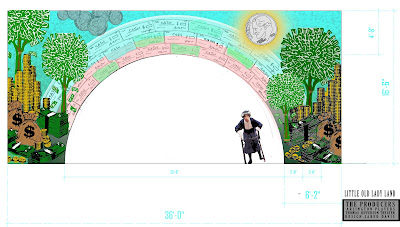 Little Old Lady Land Drop Painters Elevation
Photoshop and Pencil
In fact we have started painting it already...we are painting over the "jukebox" from Bye Bye Birdie, which is causing some slight complications. The jukebox was a purple arch that went around the cut opening of the drop. Purple is a notorious color for bleeding through whatever you paint over it (and it is doing exactly that right now) so, my workaround is to make a "cheque rainbow"...The concept, for those of you who are not familiar with the show, is that Max Bialystock is sleeping with all of the little old ladies in NYC in order to get them to become investors in his show. So, naturally, the backdrop for the scene is of springtime in central park, except everything, much like the fabled tootsie roll disorder, looks like money!

Question of the week: should I post progress shots of the backdrops for the "Springtime for Hitler" scene, despite having large swastikas on them?
2 comments:

Only historic snows could have stopped IT'S ELECTRIC! from happening...So, we have decided to take another swing at opening the show in early March. Details will be passed along as they come into the newsroom here at BTT HQ. (of course the snows couldn't stop Matt and Dana from getting married...congrats!)

But, it occurs to me that you haven't seen the other two paintings in the show yet...so, here they are (photographed poorly to incentivize you into coming to see them in the flesh) 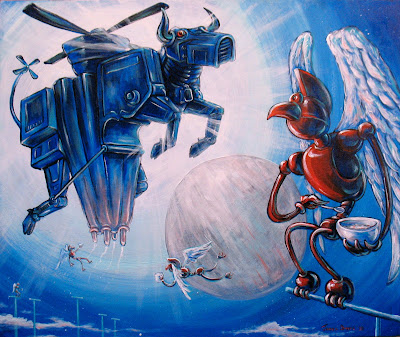 The Birdman and the Magic Cow
Acrylic on Canvas, 24"x20" 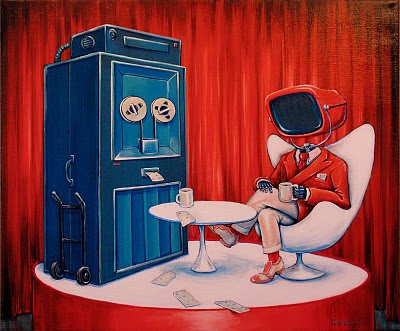 The Genius and the Dandy
Acrylic on Canvas, 24"x20"
One of the good things to come out of the snowpocolypse is that KT and I made huge strides on Yuri's Night. We are planning to have the official announcement of all artists and performers (and some surprises...psst, don't tell anyone...moonbounce!) in the next two weeks! I guess I will start the official Yuri's Night countdown clock next week!
No comments: