Yup, that is a really poorly stitched together photo of the ABJ&AW room on the 11th floor of Artomatic...(BTW, I apologize for the photography in this post, all photos are from my smartphone...) Artomatic opens this weekend, and the above is just a small sampling of the awesome/horrificness that AOM has to offer....come on by this Friday, I'll be doing one of my volunteer shifts opening beers behind one of the bars!

Also I should mention that all of the work in room 1145 is available for purchase via QR Code (that square barcode thingy that you can scan with your smartphone)...so if you like something, just scan the QR Code and it will take you directly to PayPay to purchase it! (or you can always just go to the Artbyjared.com Store page and buy stuff there...)

The other milestone for this week was completing the backdrop/logo for the Red Palace this past Monday:
Much to my surprise, the install went very smoothly.... 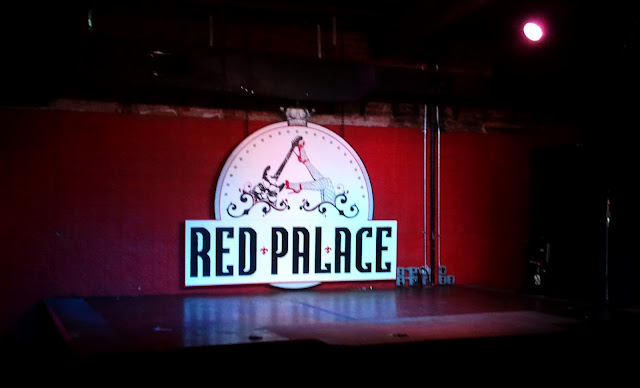 Expect to see this in the background all over Flickr for the next few years...its okay, you wont have to mention my name or anything...(although that'd be nice...)

The other major post Yuri's Night Milestone is the completion of the Children's Mini Ball at Imagination Stage. It was really fun to once again transform the classrooms into scenes that the kids could interact with. This year's theme was centered around Rapunzel, which is the show currently in production right now....so, they were going to teach the kids sword fighting, so I transformed the Dance Studio into an armory: 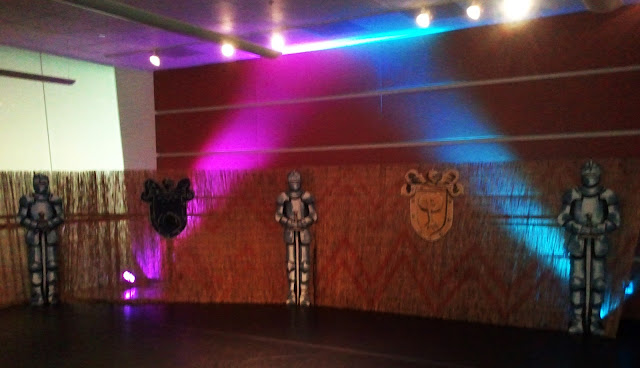 And they had a gypsy magic show planned, so I painted a "hopefully not too spooky" gypsy wagon backdrop:
But the coolest thing (that photos do no justice to, BTW) was the Rapunzel tower. It's a 19' tall tower in the lobby of Imagination Stage. I had Jason Krznarich build this monster and he delivered it to me to paint a couple of days before install. We had to go really slow down the GW parkway because Jason had the roof section on top of his pickup's roof rack, and it was just about 12'-8"....and the bridges on GW parkway are supposedly only 13' high!
There is talk of selling it to the highest bidder after Rapunzel closes...but we will likely have to destroy it...unless we can find someplace to put it up permanently...anyone want a tower in their backyard?